Who is in control of the “pace of change” in your business – you or the “cynic”?

You are a business owner and you have the desire to make the necessary changes to grow your business. You believe that you have a capable management team – and they seem to be bought in to your business vision. However, the change progress is painfully slow – in fact your change initiatives seem to have stalled (once again!).

What’s the problem? Why do we always seem to be starting new initiatives but never seeing them through to a conclusion? 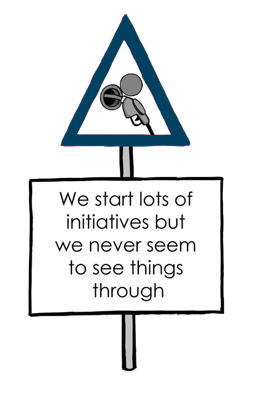 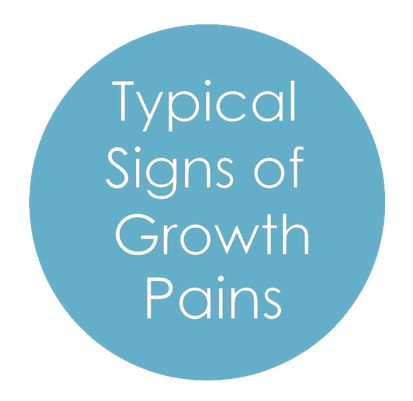 This is just one of the many growth warning signs that you are an “In-Between-Zone” business. When this warning sign ‘pops up’ – maybe you should look at the composition of your management team.

– The “enthusiast” is really fired up and is driving the process forward with passion.

– The “3 in the middle” are doing a good solid job – just as you would expect.

– The “cynic” has done little or nothing since we last met – but obviously dresses their inertia up with “smoke and mirrors” (the “3 in the middle” smile inwardly, they have seen the “cynic” behavior pattern before).

Two or three (say monthly) meetings go by following the pattern above. The business owner has done nothing to change the normal pattern of behavior. Sooner or later the “3 in the middle” say – “well we understood originally that this was a really important business change initiative – but the “cynic” is doing nothing and the owner just doesn’t seem to notice. Why are we bothering? Let’s just stop”.

Meanwhile, the “enthusiast” is oblivious to the fact that everybody else has given up. They are still passionately working on their aspect of the project.

Now fast-forward to 3 months later and the “enthusiast” is still trying to drive the (now redundant) change process forward. Everybody else has long since given up – and the “cynic” has won – the change program has stalled.

The pattern described is incredibly regular in many change initiatives – and becomes a self-fulfilling destiny – if the business owner does not get some outside help – to hold both themselves and the team accountable.

Too often the business owner cannot “see the wood for the trees”. They say things like – “well that’s just the way “cynic” always behaves (substitute name as appropriate). They have great qualities otherwise – but they just don’t like change”.

The problem is – if your business doesn’t change – then you will get what you have always got – and if you expect anything different (like growth) to happen – then that is the definition of insanity.

Basically – the business owner has to show the “desire” to sit down and talk with “cynic”. Find out what the problem is (do they need more help, more training, more encouragement, perhaps a kick up the ass?). That becomes much easier to do if an outside business coach is in turn holding the business owner accountable (as part of their role).

Doing nothing just reinforces the pattern of change initiative failure.

So ask yourself the question – who is in control of the pace of change inside your business – you or the “cynic” on your management team?

If you are an accountant or advisor and want to learn more about the HaydenRock System™ visit www.haydenrock.com/findouthow.